STRATIFICATION DYNAMICS IN THE NWM AT DIFFERENT SPATIAL SCALES 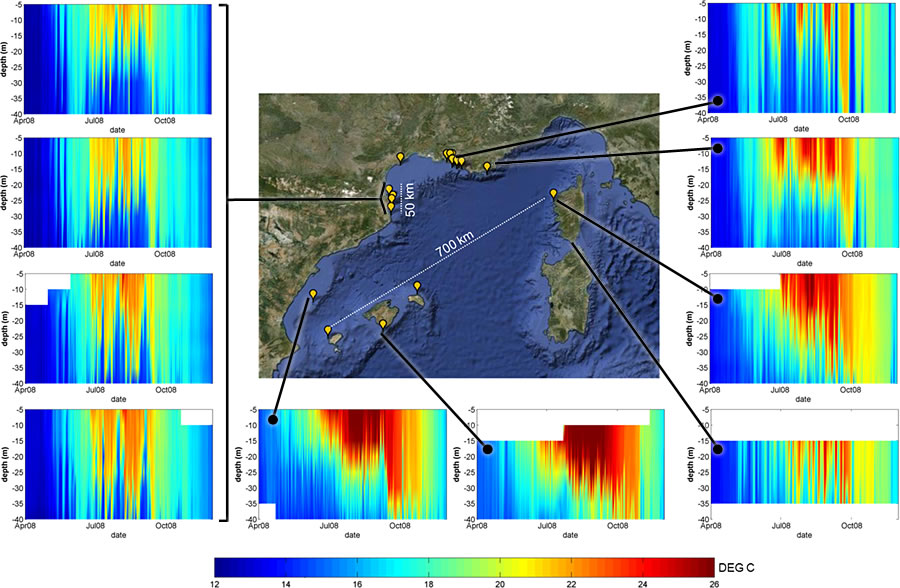 T-MEDNet data base allowed for the very first time the characterization of the coastal waters (5-40 m) local stratification dynamics from hours to years. In the NWM, contrasted conditions are experienced by coastal benthic communities at different spatial scales. Not only under the influence of general circulation, but also due to local topography, bathymetry and wind driven processes such as upwellings (top and bottom right) or downwellings (bottom left). Contrarily, in the Balearic islands, stable and deep stratification prevails. 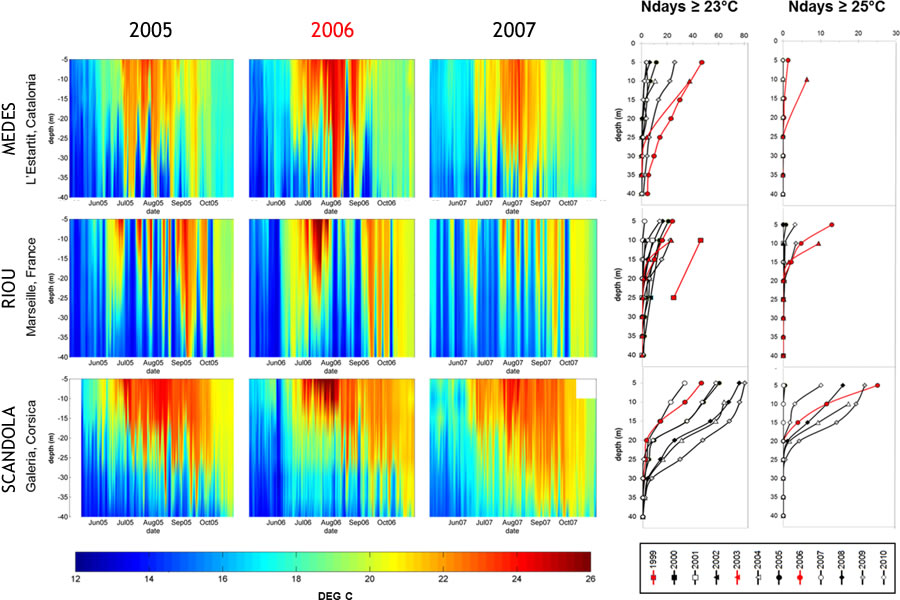 T-MEDNet data base has been crucial for the analysis of the inter annual variability of coastal waters (5-40 m) stratification dynamics under various climatic forcings, including the regional heatwaves of summers 2003 and 2006 (the warmest August and July over France since 1950 respectively). In 2006, the strong climatic anomaly resulted in contrasted seawater stratification patterns depending on localities. The high resolution temperature series also allowed to better characterize warm conditions as shown here with the number of days above 23 and 25 °C. Years during which mortality events occured are shown in red.

Severe mass mortality events of marine invertebrates were observed during 1999 and 2003 summers affecting more than 30 species in the NW Mediterranean region. In 2006 lesser extent event was as well recorded. These mortality events were concominant with anomalous temperature conditions. T-MEDNet high resolution temperature records allowed to detect a significant increase on the exposition to warm temperature conditions (23 and 25 ºC) which was clearly related with the increase on the percentage of affected colonies of the red gorgonian Paramuricea clavata (data from the Marseilles area). 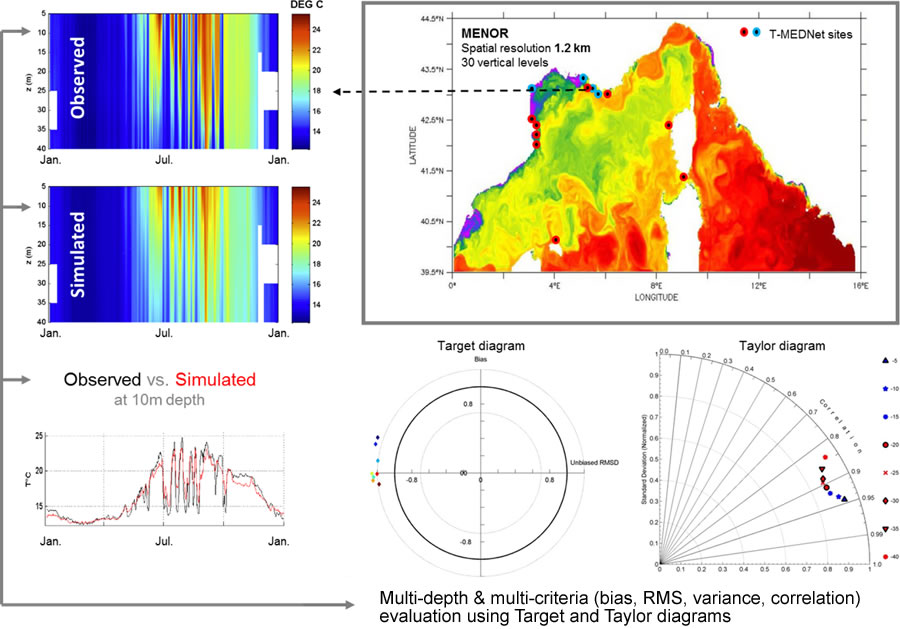 T-MEDNet climatic series have already been used to evaluate 3D hydrodynamical models in coastal areas over a range of hydroclimatic conditions. So far, MARS3D-MENOR and -RHOMA realistic models developed by IFREMER benefited of this evaluation, showing for instance, that in the Marseille area, upwelling process and annual cycle are quite well reproduced by the simulations. Qualification of the high resolution model MENOR that covers a vast domain are being conducted for all T-MEDNet available sites and years. Overall, together with dedicated simulations work, this should permit to better anticipate impact of climate change on coastal habitats and ecosystems.